What consumes our children?

Have you ever lost a child...for days? Some might say they have lost their children for a lot longer than that, to the digital world. It may not be physical anymore, but it sure is possible for communication to be lost for many days. Some things never change. We all know the feeling of getting swept up with something and have it consume us, so much so that we lose our focus or even what is happening around the world at the time. 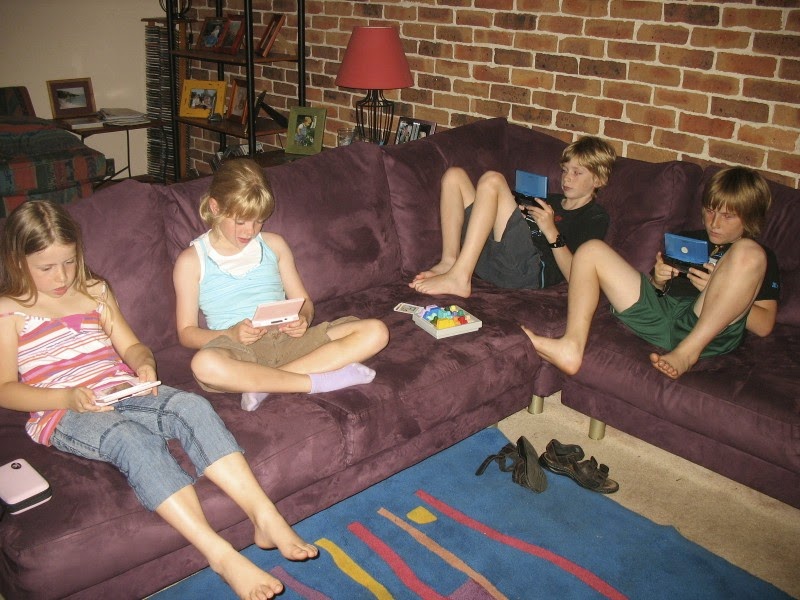 I have seen it with all ages with online video gaming. I have seen it when the test match cricket is on in Australia. I saw it recently in Las Vegas in the casinos. When you are inside them just walking around you literally can lose time and get lost in the sheer size of the buildings. I have seen it when a craftsman is creating something with their hands and I could go on. It is not a new thing for someone to be lost for days, consumed and uncontactable. It doesn’t even have to be a bad thing, at times it may even be a necessary thing.

The more important question is “what consumes you”, “when can you be lost, and for how long?”  I was reminded today as I read Luke 2, of when Jesus was a boy and the time he was lost for 3 days. We often focus on the thought of the irresponsibility of the parents, and yet today I wondered, what was Jesus thinking? After the third day in the temple, didn’t he wonder what his mum and dad might think? Where did he sleep at night? Wasn’t anyone else concerned with this young boy in the temple with no supervision? I thought of my son, telling me about his mates starting a video game one day and then realising before they knew it, it was the next day and they better eat something, as they continued to play. Like my son, Jesus was so consumed with what he was doing, that sleep, eating or what his parents thought may not have even come into his mind.

When it comes to my kids, these are the things that keep me up at night. Why do they do this and what should my response be? I have been known, once or twice, to talk to my kids about my concerns of the time wasted on playing video games and watching endless You Tube “fails” for hours on end, and they just roll their eyes at me and keep at it. I realised today I have been focusing on the issue of wasting time, lost time, the issue of being consumed, as if it is a new thing for this generation. Actually it is not new at all. In fact I do it too and have always done so. To make it worse, I don’t understand why they don’t get that it is alright for me to get lost in movies for hours on end, but not alright for them to get lost in their phones. I realise now it is the CONTENT, the message, the learning, the shaping of our minds that scares me, not always the time spent in the activity. The real issue is WHAT they are consumed with, what world they get lost into.

When the parents of Jesus found him on the third day and said to Him “Why have you done this to us? We have been so anxiously searching for you.”(Luke 2:48), Jesus response was ... “Didn’t you know I had to be in my Father’s house”(Luke 2:49). For three days he was LOST and consumed with sitting among the teachers, listening to their and asking questions. What parent wouldn’t love to see their children get LOST, CONSUMED with being with God?  It is certainly my prayer and desire to see that for my children and everyone. This is a pattern we see right through Jesus’s life, needing to leave the crowds and be with His Father. That chapter finishes with a statement that challenges me as a parent every time I read it. “And Jesus grew in wisdom and stature, and in favour with God and man. (Luke 2:52)”. If that doesn’t sum up what we are called to model and encourage in our children as parents then I don’t know what could say it better. As a Pastor, I feel we have lost FOCUS of what we are modelling for the next generation about what is means to BE IN MY FATHER’S HOUSE. Mostly the biggest challenge for me today is the little word HAD. “Didn’t you know I HAD to be in my Father’s house?”  What do we think we HAVE to do today, that is more important than HAVING to be with our FATHER?

In the “lucky” country we live in, where there is not a minute that you can’t be consumed by something, what CONSUMES you? What do you HAVE to do? What are you modelling for those around you? When I ask my children around the dinner table tonight – what did you do today? How I would long to hear them say “Didn’t you know I HAD to be in my Father’s house!”
Posted by Tammy Tolman at 21:39 No comments: