Does Disney Help or Hinder ?

The world of Disney captivates our hearts and our imagination; this is so for all ages. You can never be too old for a classic Disney movie, the escape and adventure, the princesses and princes, the heroes and the conquering of evil.  The story begins with “once upon a time” and ends with “they lived happily ever after.” Its the same story over and over again, just different characters, different tragedies and different adventures, yet we flock to see the latest one that comes to the movies. 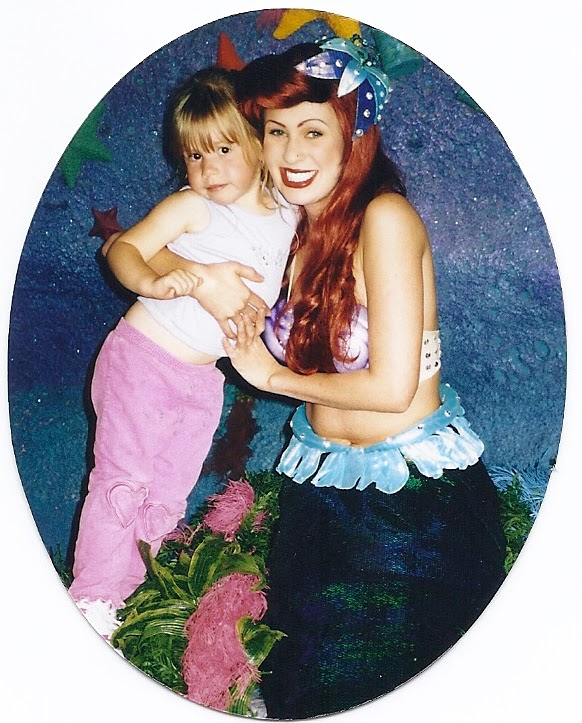 As parents, we call our girls princesses. Our boys want to be heroes. When my children were young, Sam (my son) always wanted to be able to fly like Peter Pan (he still does, I think) and Georgia was desperately in love with the movie, “The little mermaid.” I remember lining up for 1 hour at Disneyland for her to get the little mermaid’s autograph and for to her sit beside the “real” Ariel and get a picture. It took all of me not to say, “It is not really her, you know, it is just someone dressed up.” I mean, we could have had 4 fun rides in the time we stood in a line to go into the cave where a lady sitting on a rock in a costume was sitting, for us to take a picture and for her to scribble “Ariel “ on a piece of paper.

But, as parents we don’t burst their bubbles; we play along with it and fulfil their small desires. And meanwhile Disney is making a fortune out of it. How cynical of me. Actually, you don’t have to “Google” too far to see that there have been a lot of very cynical things written about Disney over the years and possibly I stand to be criticized by even writing this blog.  I have to admit; deep down I am a hopeless dreamer and a romantic at the core.  However, the past 10 years it feels like through merchandising and consumerism these things have blown out of all proportion.  I have been feeling that this  “Princess” obsession, in particular is actually becoming a problem for our young girls.   At 4 years old I understand the obsession, but at 12, 14, 20 years....maybe this is a problem. 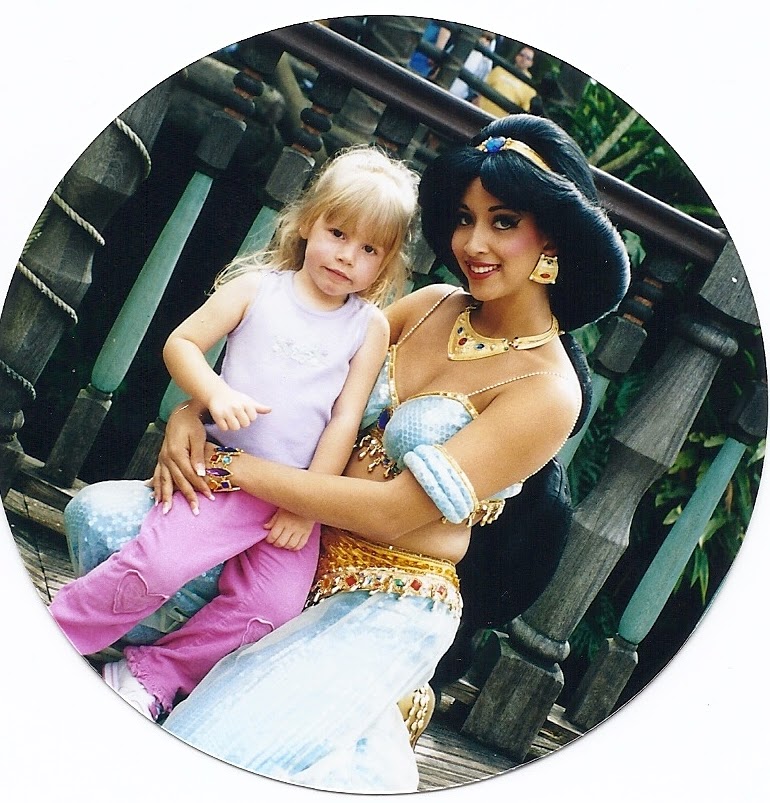 How do we nurture our girls to grow up knowing they are created in God’s image? How do we empower our boys to “fly” the way God created them to?  Does Disney help or hinder?  As someone who loves movies, I have struggled with this, as I am the first one who loves to escape into a fairytale world any time I can.  But hidden within the fantasy and escapism there is a true story, the neverending story, God’s story.  Someone much wiser than me wrote these words, which opened my eyes to the deeper story.

“The protagonists in so many fairytales are already nobles, royal, daughter and sons of the King or even the Gods. But their identity is hidden from them, and the storyline pivots around this discovery. They have to grow up to fathom their own identity. That fathoming is the very purpose of the journey.”       (R.Rohr, pg 97-98, Falling Upward)

Maybe Disney has more to teach us than we think, if we have eyes to see, ears to hear and hearts that are open.  Maybe, the deeper story can only be seen through the eyes of a child. Matthew 18:3 Jesus says, “unless you change and become like a child, you will not enter the Kingdom of God.”

God’s story does begin with “once upon a time” and ends “happily ever after.” There are different characters and different challenges, but it’s the same story over and over again.  Like so many of the Disney stories, we are all on the Journey to find our identity as the sons and daughters of the King. As a parent it is all I Iong for, for my children. As a mentor of young ladies, and a minister, I see young people and adults of all ages searching in all the wrong places for identity, running from all the King has for them and looking for happiness in a destination, or achievement, or job, or status, or in another person.

Like Ariel (The little mermaid), the princess is really the classic prodigal son story. Merida (Brave) is already a princess who fights her heritage to find herself and finds that she had all she needed all the time. Rapunzel (Tangled) is  a princess lost and stolen, who always knew there was something better out there. Her Identity was hidden from her, but as she begins her journey, she learns that she was the princess all along. Snow White (Snow White), was always beloved, but evil and jealousy took over.  Snow White chooses to make the best of whatever comes to her, and see the best in everyone, and through love she is eventually reinstated back to become the princess she always was.

Aladdin (Aladdin), felt like he was nothing and pretended to be something he was not, until he found purpose and acceptance and was accepted into the Kingdom by the King. And we could go on….

My kids say I make a life lesson out of everything, so I don’t want to spoil the movies by sitting down and dissecting each movie for a life lesson. But there must be a way to help the deeper truths to come alive without spoiling the fantasy and fun of Disney.  Maybe that’s the secret of Matthew 18:3, that children see so much more than we expect and that the openness and desire in them to want to fly and want to be a princess is something we lose as we grow up.  Maybe, our role is to go on the journey with them, model active listening and never miss an opportunity to simply shape and massage with language, the depth of what they already know. That they already nobles, royal, daughter and sons of the King. They have to grow up to fathom their own identity. That fathoming is the very purpose of the journey.........

Posted by Tammy Tolman at 15:39 No comments:

Email ThisBlogThis!Share to TwitterShare to FacebookShare to Pinterest
Labels: Colliding with family, Parenting

The legacy we leave for our grandchildren 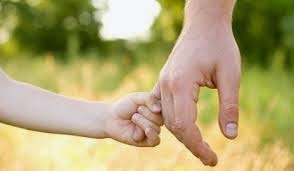 I was at a funeral just recently of a man who walked with God his whole life. He was what I would call a SAGE of the faith, and there are not as many of them in Christendom as there should be.  In fact I often called him “Gandalf” as he was tall and had white hair with a long white beard and was very wise. He was known in our community as GRANDPA, as a large part of our ministry is to hurting, dysfunctional families through a ministry called Southern Cross Kids Camp (SCKC) and Southern Cross Club (SCC).  So all the children came to call him Grandpa. I have only known him for about 12 years and so when you go to someone’s funeral the rest of the story gets filled in. I learned that what he gave to us all and the families in our community was how he lived his whole life. He had many paternal grandchildren ages ranging from 15-25 years old, and each of them wanted to speak at their Grandfather’s funeral. Through tears they told stories of a man that was always intentional about the time he gave them. He took them all on challenging and stretching adventures, and always had a story to tell that was grounded in His faith and walk with God. His adult children shared similar stories and were incredibly thankful for the legacy that their father had left them with.  They shared how this was not something that had been modeled by the previous generation and that their mother and father were creating something new in the family. As one of the sons finished, he said this week he had been asking himself “what do I do now?” He came to the answer,  “to do what Dad did!”  What a legacy to leave.

As we listened to the love and deep faith of this man, in the way he loved his wife, children and grandchildren, it was very moving. They spoke of the special role he played at Southern Cross Kids Camps and Southern Cross Club and how it meant so much to him to give to these children as well. Little did the family know that two of the children who had been at those camps, who are now youth, independently made their way to the funeral to be there to honor his life and say goodbye.  The two walked up to Grandma (the man’s wife) and hugged her after the funeral and she was so touched that they had come. The boy said to her “I missed school for this, but the teachers and my parents understood that this was an important person in my life, so they let me come.”

Proverbs 13:22 say, “A good life gets passed onto the grandchildren” (MSG).  Everything about us, says something about us. Nothing is wasted and time is short. A funeral has a way of reminding us that life is not to be wasted and to ask the question, ‘what will really matter when all is said and done?’  It will be the time, the adventures, the memories, the love, the way we lived our life that will be remembered and passed on.  The things we stood for. The tears at this funeral were largely for the loss of not having him around anymore, not because of what he didn’t do, or of what he didn’t say, or of how he didn’t live or who he didn’t love. Not only was there the peace of knowing that he is in a better place, but a joy that we even knew him at all.

The number of people who said to me after the funeral, “If my grandchildren speak like that about me at my funeral I will be very happy”, was amazing.  Christ was honored that day, Christ was honored in his life and he left a legacy that will last and bring hope to the next generation. I can only imagine Jesus saying to him in heaven “Welcome, well done good and faithful servant”.

What legacy are you building today? What will be passed onto the next generation because you have lived?

Posted by Tammy Tolman at 23:40 No comments: